Start your journey from here!

THE CITY OF RETHYMNO

Ferry routes
from & to Rethymno

Useful information for routes
and Ferries from Rethymno

Rethymno in general is served by ferries from the ports of Crete and the Cyclades. You can sail by boat to Rethymno from the Cyclades islands of Ios, Santorini, Paros, Naxos and Mykonos. You can also travel to Rethymno from all Dodecanese and East Aegean islands with intermediate stations. Your trip to Rethymno can be done with the high speed ferries or the flying dolphins, depending on which day and where you wish to travel. Your trip from Rethymno to Santorini takes about 2.50 hours.

The ferries from Rethymno - Santorini are not daily and sail only during summer.

Important ! The information above may change from time to time. Check out our Online Ferry Reservation System for the most up-to-date ferry connections, departures, arrivals, availability and prices.

Although Rethymno is the smallest town in Crete, it does not lack in natural beauty, history and cultural wealth. Rethymno is the most well-preserved Renaissance town on the island, after the city of Heraklion. Many of the historical buildings of the city are still in use and house the cultural heritage of the prefecture of Rethymno.

The historical and mountainous villages of the prefecture retain their traditional character, which reflects the culture and the special temperament of the locals. The most known of these are Anogia, Zoniana, Margarites, Argyroupoli and Axos.

Rethymno has plenty of monasteries and churches. The churches of the prefecture are considered important places of religious interest. Some of the most important of these are the Monasteries of Arkadi, Diskouriou, Panagia Antifonitria, Agia Anastasia Romaia and the church of Agia Varvara.

The prefecture of Rethymno has many tourist resorts, which during the summer season are also favorite destinations of the locals. In the southern part of the prefecture you will find the beaches of Triopetra with its characteristic rocks, the exotic Prevelis with the palm forest, and Ligres with its blond beaches. Most beaches in the North have been awarded with the Blue Flag and are the most popular of the prefecture. Some of the best known are Bali, Episkopi, Platanias, Panormo and Ammoudi.

Cheap ferry tickets to Rethymno.
Find all ferries to Rethymno and book Ferry Tickets online easily and quickly through www.greekferries.gr. Find the special offers for Rethymno-Santorini, Rethymno-Mykonos and other routes and take advantage of the specially reduced rates. You will find all the conventional ferries as well as fast ferries for Rethymno through our website. 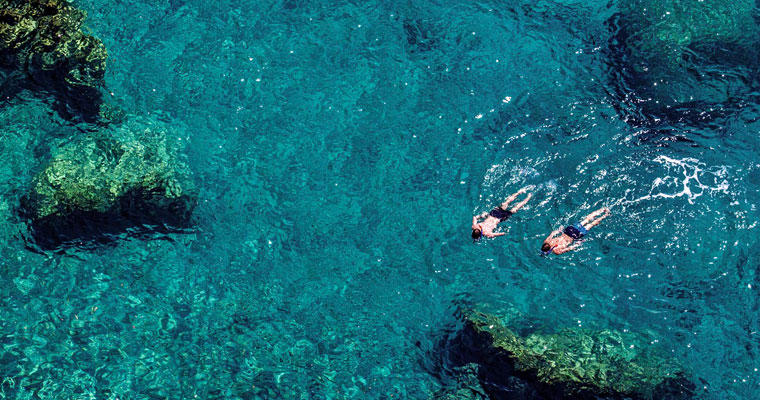 South of the city of Rethymno you will find plenty of amazing beaches, such as Plakias, Ammoudi, Schinaria, Ligres, Agios Pavlos, Agia Galini, etc. 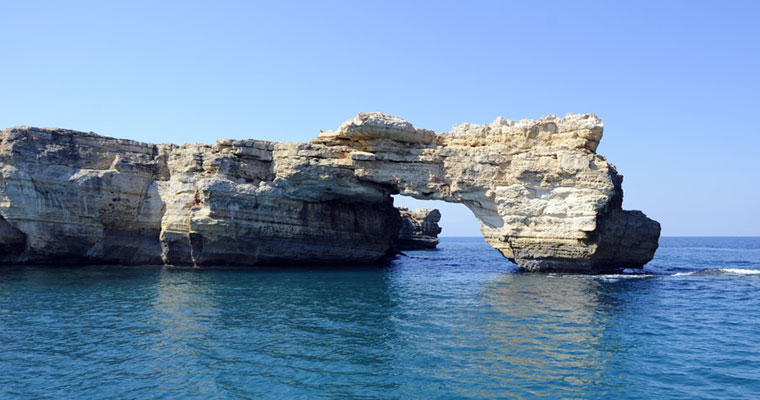 Panormo Mylopotamos is a quiet tourist resort with beautiful sandy beaches, crystal clear waters and high cliffs for many dives. 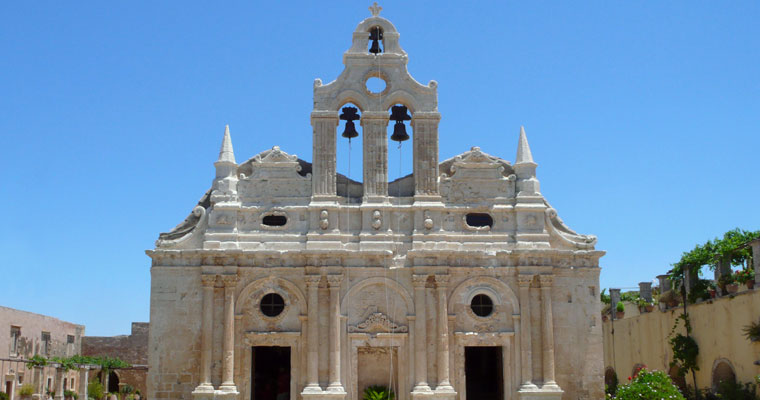 Arkadi is the most historic and important monastery of Crete and has been recognized as a symbol of the struggle for the freedom of the Greeks. 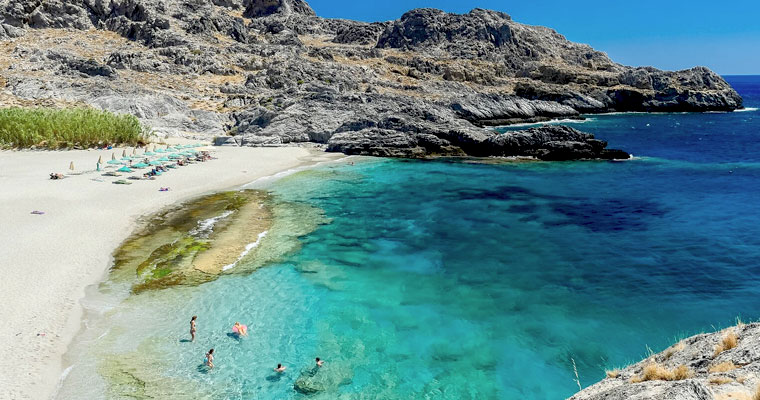 Ammoudi has all the characteristics of a good beach. It is organized without a lot of people, it is clean, has deep blue, crystal clear waters and golden beaches. 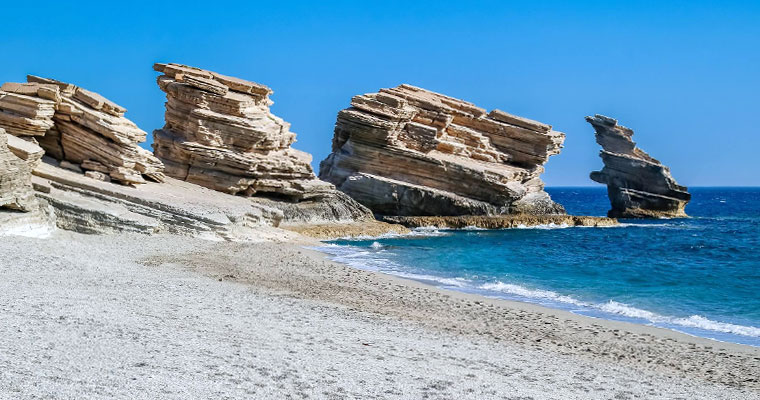 Triopetra is a white-sand beach and takes its name from the characteristic rocks that surround it. 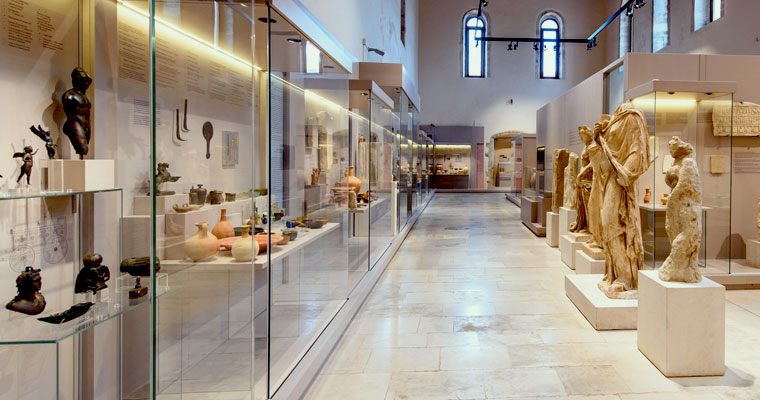 The Archaeological Museum consists of exhibits that come from all the archaeological and historical periods of the island. 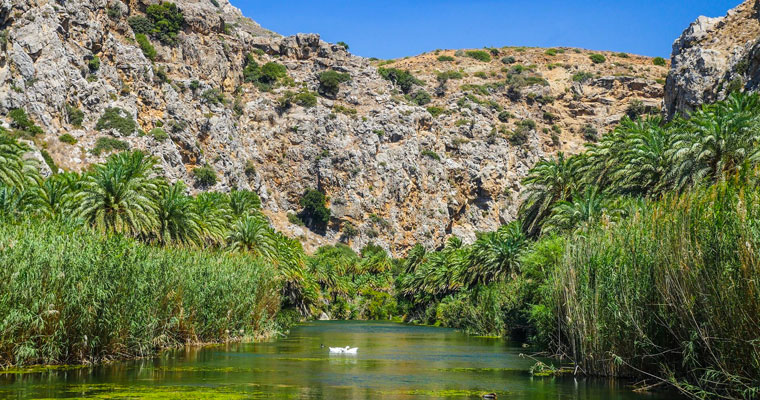 Prevelis or Foinikas is an exotic beach, which is famous for its river, where the second largest palm grove of Crete is formed on its shores. 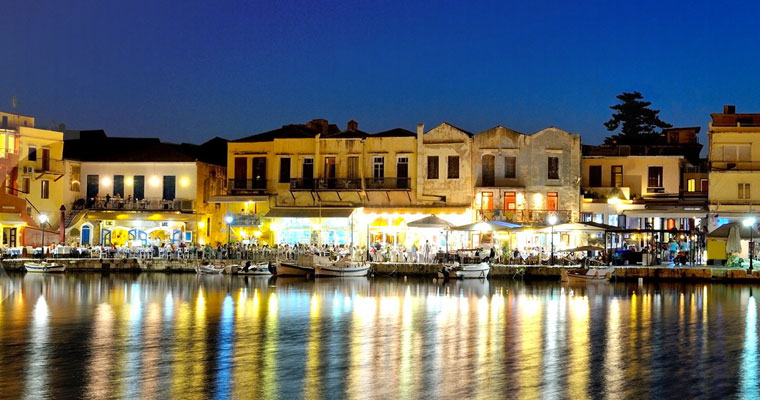 Rethymno is a picturesque seaside town, which has a great tourist flow all year round and is a pole of attraction for students. 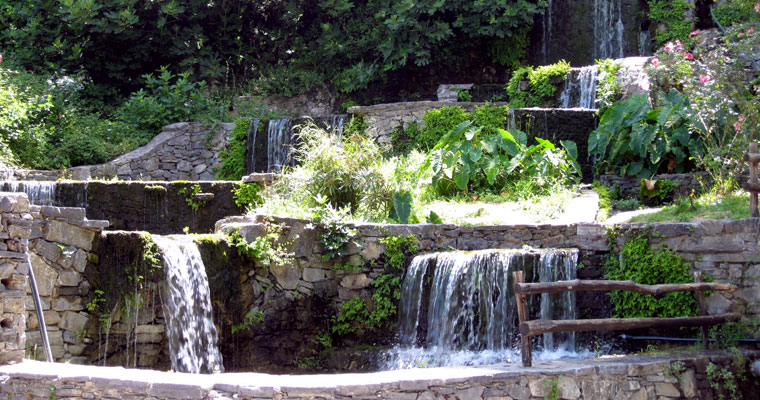 Argyroupoli is one of the villages of Rethymno, which is famous for its numerous natural waterfalls that flow in the city. 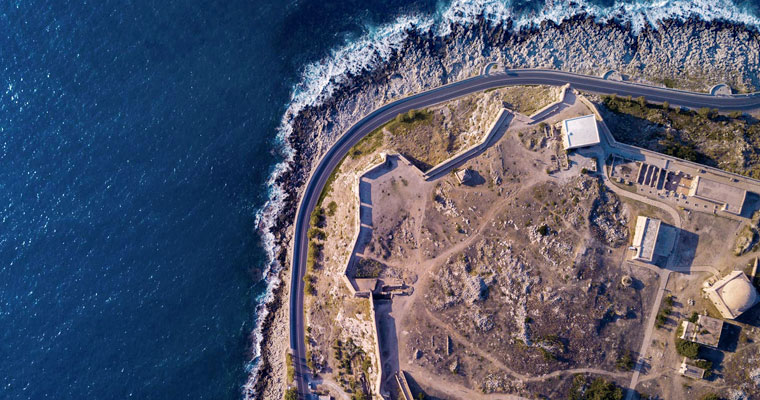 Fortezza is a large archaeological site consisting of the Venetian fortress on the seaside town of Rethymno.